Come To Me ~ PART THREE (final) ~ The story of her presentation to Russian Musician Diana Arbenina in Russia on July 8, 2011

A couple months ago ~ I was contacted by a very kind woman in Russia ~ she and a large group of her friends wanted to commission a painting for the Russian musician, poet, singer and songwriter Diana Arbenina. Together they were a group of devoted fans. When I first perused the photos I was sent, I was captivated with Diana’s power, emotion, intensity and natural beauty. I was increasingly inspired to paint her/for her.
See Part One ~ the process, story and creation of this painting.

See Part Two ~ featuring the preparation of this painting to ship to Russia.

My new friends fully enjoyed Diana’s July 8, 2011 concert, then patiently waited back stage to present Diana with her gift. Here are some images of the concert: 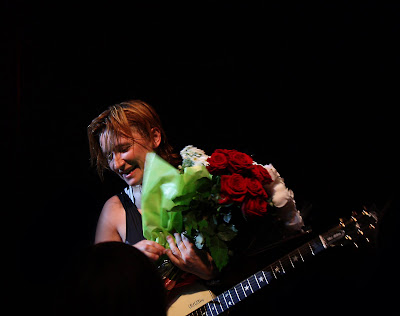 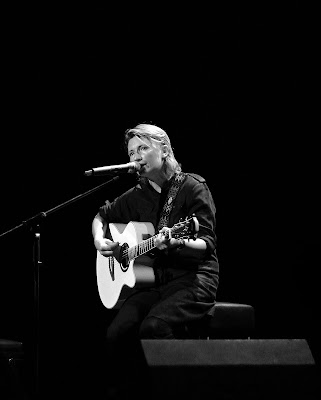 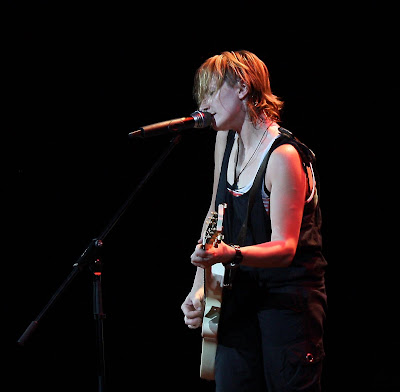 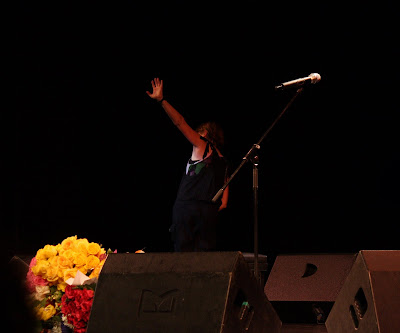 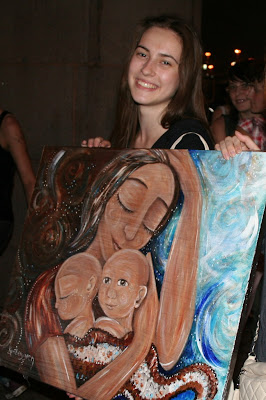 Ksenia (whom has been my kind and sweet contact throughout this process) waits back stage with her friends to present the gift ~ which has been re-stretched onto new stretcher bars in Russia, after travelling over as a rolled canvas in a tube. See the Part Two Blog Post ~ featuring the preparation of this painting to ship to Russia. 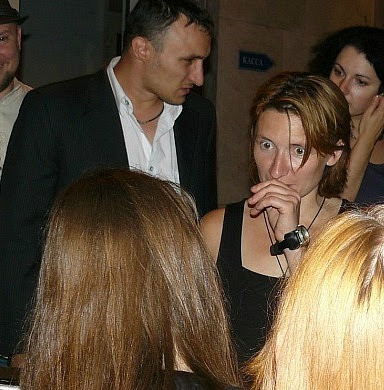 The moment Diana sees her gift of Come To Me!

The painting Come To Me, being presented to Russian Performer, Musician and Poet Diana Arbenina after her concert on July 8, 2011 in Russia.
This painting was commissioned by a collective group of Diana’s devoted fans, we worked together through email conversation to create a piece that would signify Diana’s power, poetry, emotion and heart ~ and the love and protection felt by her for her two young children.
During the video, Diana is being told that she is being presented with a large collective gift made possible by many fans, and created by American artist Katie m. Berggren whose themes are motherhood and family.
I am told that Diana was completely surprised and pleased. Diana says that her daughter (left, in the painting) looked just like that on the ultrasound, before her birth. Everyone laughs!
At the end of the video, Diana tells her fans that she is planning to introduce her children to the public in the Fall ~ and they are assuring her that she need not hurry 🙂

This devoted gathering of fans & friends even created a proper booklet to present to Diana with her gift ~ detailing my studio, my purpose and statement, and my thoughts behind Diana’s painting. I was tickled to receive a pdf copy of this booklet, which included a two page spread showing everyone who was involved in the gift. I couldn’t stop staring at all of the faces who had come together to share love.

And here they are: 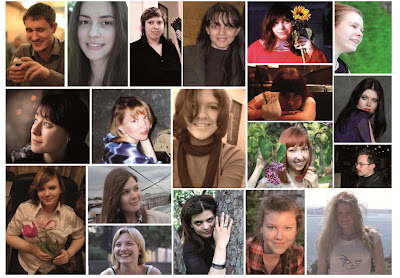 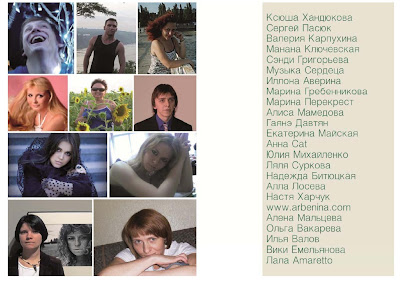 Here are a few additional pages from the impressive booklet printed for Diana. 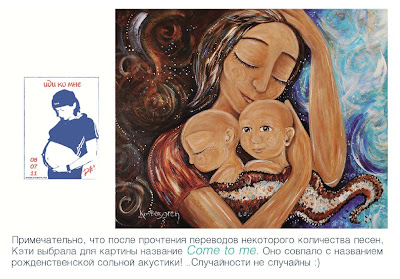 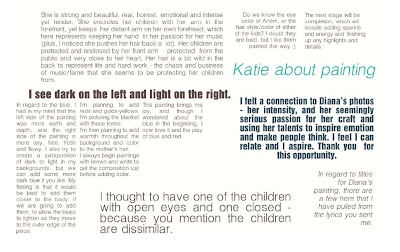 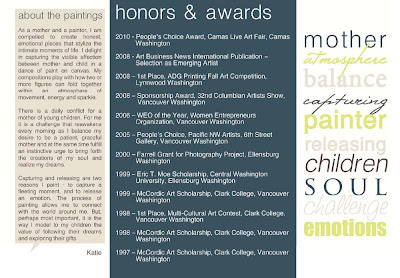 Thank you so much, Ksenia & friends ~ for making this all possible!

And thank YOU for following along 🙂

see the painting Come To Me

See Part One ~ the process, story and creation of this painting

Have a WONDERFUL week!